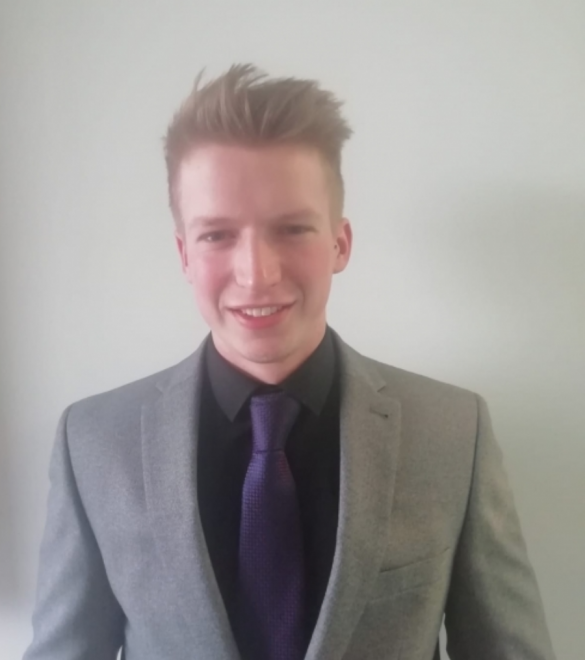 As someone admits rollercoasters leave him queasy, Nathan Hassall is taking a real leap of faith to raise money for charity.

The Kestrel business development manager is set to skydive as a fundraiser for a hospice that has helped his family and friends in the time they needed it most.

He said: “I am not what you would call an adrenaline-junkie and so this is completely outside of my comfort zone, but it’s for a great cause. St Luke’s Hospice has helped family members and friends at the most difficult of times and so I really wanted to do something to help.”

St Luke’s Hospice, in Cheshire, provides palliative care to people with life-limiting illnesses and relies on donations to make up 85 per cent of its funding.

Last year it supported more than 1,000 people with a range of services such as end of life care, supporting carers and helping children cope with grief.

Nathan will be taking the leap of faith with Jayne Morris whose late husband, David, spent his final days at the hospice along with friend Robert Poole.

“Jayne and I are both terrified and I’ve told her I will give her a push if necessary!” he said. “There are three of us doing the skydive, we are hoping to raise a good amount for St Luke’s, I’ve had fantastic support from the team at Kestrel already.

“It’s really exciting and something I’ve secretly always wanted to do, but I imagine I’ll need a stiff drink afterwards.”

Nathan, Jayne and Robert’s charity skydive takes place on March 21, to contribute to his fundraising for St Luke’s Hospice go to:
https://www.justgiving.com/fundraising/nathan-hassall