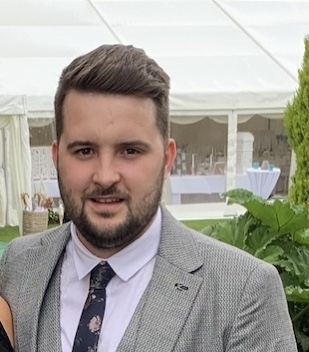 Kestrel transport co-ordinator Dave Gaughan has set himself a marathon challenge to raise money for children’s charity Make a Wish.

The father of two will be fulfilling a long-held dream to take part in the London Marathon this October.

Having secured his place, Dave has started training, admitting that although he once regularly pounded the streets, he’d hung up his running shoes many years ago.

“I have taken part in charity boxing matches and kept fit, but not running for many years,” he said. “I’ve tried to get into the London Marathon three times before and failed to secure a spot, so I couldn’t believe it when I finally got a place.”

When it came to choosing a cause to support, Dave faced a list of ‘thousands of charities’ but with two children under seven, Make a Wish caught his eye.

The Make a Wish charity grants life-changing wishes for children with critical illnesses.

“Watching and reading stories of children having to go through such difficult times, it made me think of my own children and how difficult things must be for the families the charity supports,” Dave said.

Having reached 9 mile run mark in June, Dave is on schedule to increase his mileage to reach the 27-mile mark at the London Marathon on October 2.

“Imagining the wishes that my sponsors will be granting and the difference they will make to children’s lives, is going to give me an extra sense of purpose in training and when I hit the high miles on the day,” he added. “I really hope that we can raise a good amount for such an important charity.”

To support Dave’s marathon fundraising challenge for Make a Wish, go to his Just Giving page.