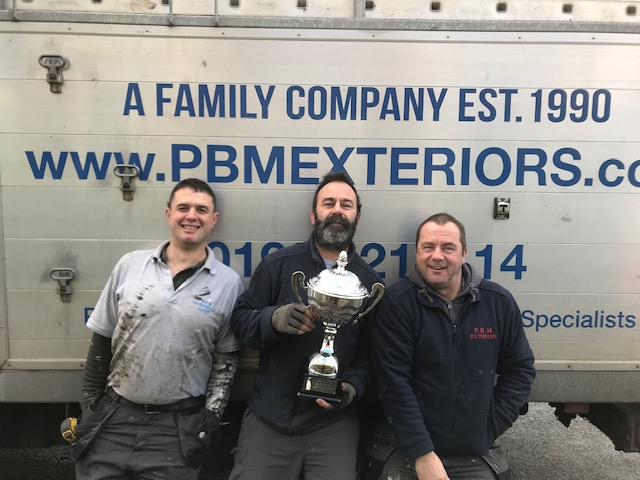 When it comes to installing Kestrel’s quality products, PBM Exteriors are leading the pack.

The Worthing-based family film has scooped Kestrel’s Approved Installer of the Year Award a second time!

The double-champions, which was established in 1990, won the title in 2018 and have been award it again for their installation work in East and West Sussex.

Owner Paul Milligan, who works with business partner Chris Owen and fellow workmate Gary Parks, are overjoyed at winning the title twice – particularly as the award scheme was only launched three years ago.

“Kestrel was impressed with a number of our projects, in particular the installation of their Kavex textured cladding,” Paul said.

“As a business, we use the entire Kestrel range because when you’re working on 120 roof installations a year you need products you can rely on.

“Being named Kestrel Approved Installer of the Year a second time means a lot to us because it underscores the reputation of our company, which we’ve worked hard to build over the years.”

“They fully deserved to win the installer competition a second time,” Owen said. “PBM Exteriors make sure that every job is submitted to Kestrel and explain the guarantees to give their customers peace of mind.”